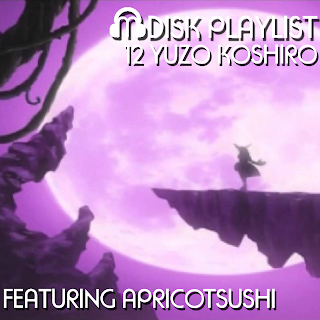 He's been called "arguably the greatest game-music composer of the 16-bit age" by Nintendo Power. Electronic Games magazine (NOT Electronic Gaming Monthly as I incorrectly stated in the episode) called him "the most gifted composer currently [circa 1993] working in the video game field." And one of his music instructors was the legendary Joe Hisaishi himself. He is Yuzo Koshiro.

Yuzo Koshiro has pushed the limits of 80s and 90s console systems to produce memorable soundtracks for games like Ys I & II, Streets of Rage, and ActRaiser. Just to name a few. Returning from the Yoko Shimomura episode is Anne "Apricotsushi" Lee of the Chic Pixel blog. She is here to help me highlight Yuzo Koshiro's best, and to help explain why people like me need to play his other well known series, Etrian Odyssey.

Email ThisBlogThis!Share to TwitterShare to FacebookShare to Pinterest
Labels: mdp